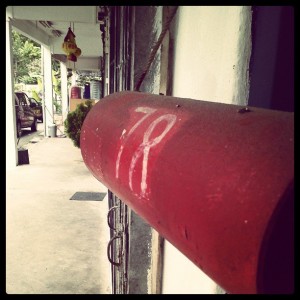 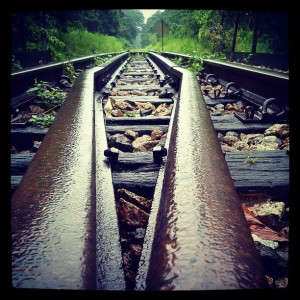 I am admittedly a little obsessed with the remaining tracks on the corridor. I liked the angularity in this one, the sense of everything almost converging into a pin-point at the centre, but not quite meeting. It was raining when I took this photo, so I also like the wet gleaming quality of the tracks themselves. 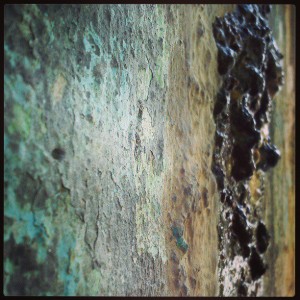 I like the muck on the wall. It feels like the inside of a grotto. I think grotto, I think grime. Colours on a wall. Colours as chemical processes. Colours being made by things mixing and chemically transforming. A canvas no one intended. 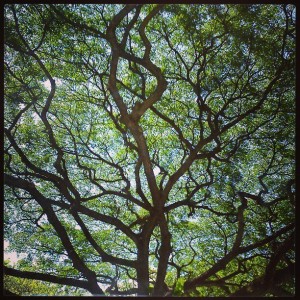 They’re everywhere in Singapore, these grand old trees. Along roads, just there, an entire universe in a network of branches. How not to love them? How to cut them? How to replace them? How to justify parks, when the stuff of this earth does what it does best, when left alone? 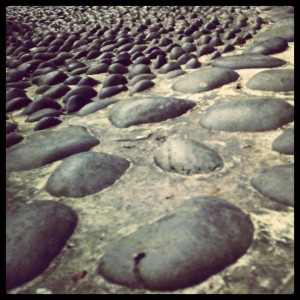 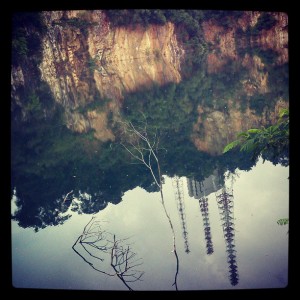 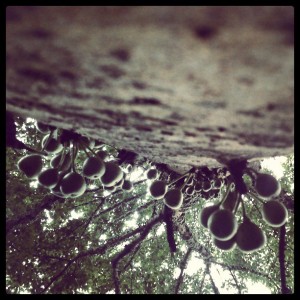