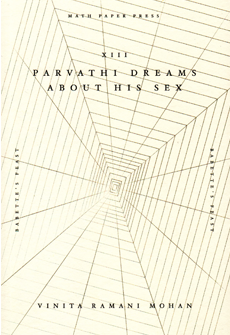 Parvathi Dreams About His Sex

Available at: BooksActually and via: booksellers@booksactually.com. Also available in Singapore at Kinokuniya, Rockstar (Cineleisure), The Arts House, New Majestic Hotel, and SuperMaMa and Select Books.

Several years ago, I had the pleasure of meeting Michael Asmara in Yogyakarta. A renowned composer of stage, orchestral, chamber, choral, vocal and piano works, he is also the founder of the Yogyakarta Contemporary Music Festival, which began in 2003. More on his work can be found here. We began discussing the idea of working together on an opera, though it was Michael, more than I, who believed I’d be able to rise to the occasion and write a libretto for the first time. I’d been tinkering with the idea of re-imagining the classic epic poem Ramayana from the perspective of Sugriva, an ill-fated humanoid simian king, instead of once again re-examining its existential protagonist, Prince Rama, or offering a feminist rendition of the narrative from his wife Sita’s perspective, both of whom I felt had been sufficiently explored by academics, poets, filmmakers and writers. What is it like to be peculiar kind of “other”? To be both human, and not? To represent both nature (thus judged as primal and somewhat beyond interpretation) and civilization (rational and ordered)? Sugriva and Vali are human and also non-human primates. The brothers sit at this uncomfortable intersection and their fates seem determined by the discomfort it provokes in the human characters that enter their lives and irrevocably change it. Approached in this way, the text lent itself to a fresh interpretation. Thus, the libretto on the life of Sugriva came to be. Now completed, we’ve entered the phase in which the composer, Michael, will undertake the arduous task of writing the music. In time, we hope to present to the world, an opera that will allow people to re-view the Ramayana not only as a tale of human (and divine) foibles , but as an intriguing metaphor for what happens when we turn the natural world into a sideshow in our conflicts.